If you take a closer look at Canada, you'll discover little fragments of the world scattered throughout its land. You might find a hunk of Spain in the Heartland, or a piece of the Grand Canyon in the Prairies, or even a slice of Ireland in the Atlantic.

These dreamy destinations bear such uncanny resemblances to popular places around the world that it's hard not to make comparisons. While they are not wholly identical to their analogs, they are similar enough in appearance and ambiance to make you feel like you've been transported someplace across the globe.

To be able to see the world without ever needing to cross international borders is a rare blessing. Fulfill your wanderlust with these ethereal wonders in Canada:

The obvious similarity between Saskatchewan's Candle Lake and California's Pfeiffer Beach is the distinct purple hue that colors their sands.

Particles of garnet are likely responsible for the effect —as the waves from the water crash onto their shores, the minerals in the sand get sorted by their respective densities.

More specifically, the garnet becomes separated from the quartz, resulting in the emergence of purple bands along the shore.

At certain angles, Cape Breton Island in Nova Scotia and Mizen Peninsula in Ireland appear to have the same coastal contours and rolling landscapes.

All it takes is one glance to see the physical similarities between Saskatchewan's Castle Butte and New Mexico's Fajada Butte.

Buttes are typically common in locations across western Canada and the United States.

Dinosaur Provincial Park in Alberta is rightly named "The Grand Canyon of Canada" due to its strikingly similar terrain.

Some of the most important fossil discoveries from the Age of Reptiles were made in this UNESCO-designated site, including 35 species of dinosaur from 75 million years ago.

At sunset, the badlands are lit a deep orange color that is truly a sight to behold. Such time of day is rightfully known as the "Golden Hour."

Prince Edward Island has its own version of New Zealand's legendary Elephant Rock.

Unfortunately, these iconic rock formations suffered from the wrath of erosive forces, causing them both to lose their heads and trunks to the elements.

If you squint your eyes, Ontario's Indian Head Cove at Bruce Peninsula National Park could pass as the Cala Macarelleta, a heavily-frequented tourist hotspot in Menorca, Spain.

But looks can be deceiving—turquoise waters are not an indicator of tropical-like waters.

A swim at Indian Head Cove is far from warm; though, that hasn't stopped Canadians from braving the icy dip.

Lake Louise, one of the most prized lakes in Canada, is tucked away in the mountains just like Oeschinen Lake in Switzerland.

The lakes, which are both fed by glaciers, offer breathtaking scenes of their mountainous landscapes, especially in the winter when the surrounding greenery is covered in white.

At Lake Louise, visitors can stay at the Fairmont Chateau Lake Louise, which sits right at the edge of the lake facing the mountains.

Westbrook Pond, which is located in Newfoundland and Labrador's Gros Morne, is a fjord comparable to those in Norway.

It seems to have a similar shape and size to Norway's Sunnylvsfjorden in particular, especially when viewed from the base.

Both fjords were formed by glaciers, which upon retreating carved their characteristic U-shaped valleys. 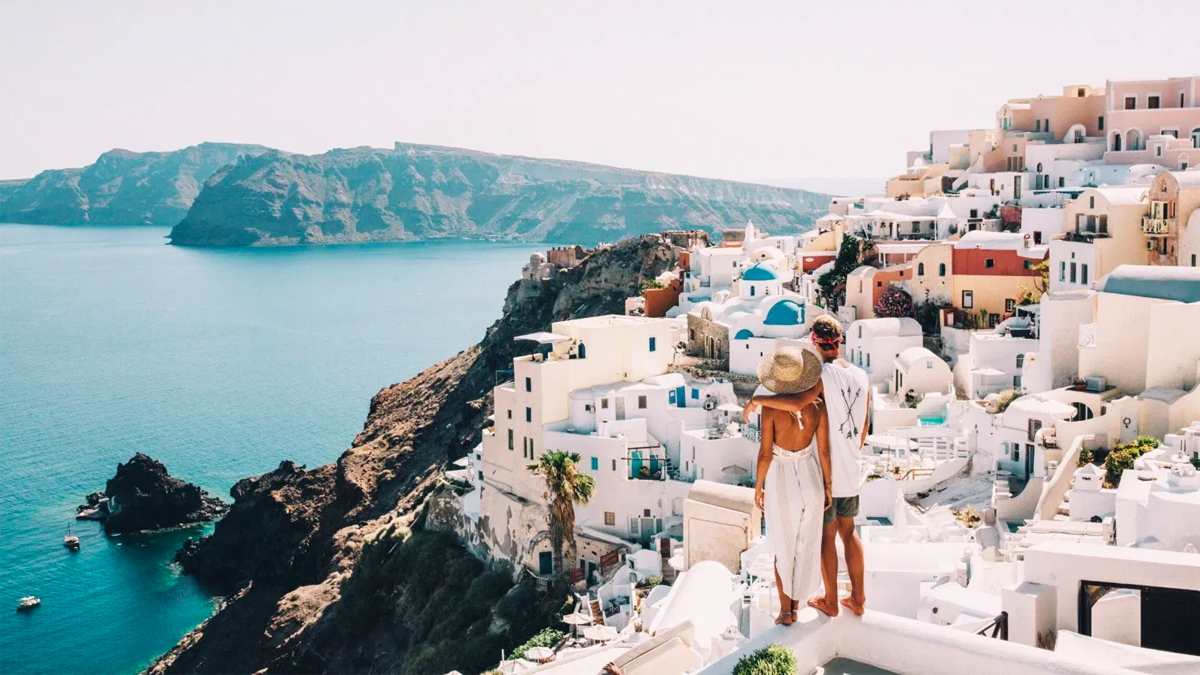