What makes great television? To me, it goes beyond clever storytelling and well-developed characters. Great television dares you to do more with your present situation; to depart from familiarity and venture into curious worlds that broaden the possibilities. Great television, the truly admirable kind, inspires you to seek greatness in yourself.

That's precisely what The Queen's Gambit, Netflix's latest triumph, did for me (and surely many other viewers).

It's a story about chess, which, I must confess, was part of the reason why I didn't give it much consideration at first. After all, the last time I sat in front of a chessboard was in elementary school on a rainy day when we were forced to spend recess indoors.

Even more, chess is hardly the national pastime. What could a show about an ancient game involving knights, rooks, bishops and the like possibly teach me?

Based on the 1983 novel by Walter Tevis, The Queen's Gambit centers on Beth Harmon, an orphan girl from Kentucky who discovers she has a prodigious savvy for chess. The limited series gets its name from the popular chess opening that serves as a fitting analogy for her life.

Beth's origin story illustrates the concept that one's purpose in life is sometimes found in the most unexpected places, even at rock bottom (or, in her case, in a dark and dingy orphanage basement). Her success is directly influenced by the sacrifices and burdens that shape her character.

Over seven episodes, we witness her swift rise to stardom as she takes out seasoned champions, skilled masters, and godly grandmasters one by one. But her journey to the top is far from flawless—tortured by personal demons and sustained by a cocktail of narcotics and alcohol, Beth is slowly driven to the edge.

In her obsession to be perfect, she straddles the line between genius and madness, all while battling the societal pressures that come with being a woman in the '50s and '60s.

To the latter point, just imagine—she is a woman in a man's world, reaching ascendancy in one of the most intellectually-challenging games in history, and yet her biggest criticism is that she is "too glamorous to be a serious chess player."

No need to worry about her, though. She can fight her own battles. In fact, she shuts down that menial critique in the best way possible: "I would say that it's much easier to play chess without the burden of an Adam's apple."

Beth's unyielding nature likely comes from the tough love she received growing up. "The strongest person is the person who isn’t afraid to be alone," her mother would tell her. With those words resonating in her mind in perpetuum, loneliness would become her ironclad armor.

But as the show progresses, we start to see her slowly unravel; not fully to the point of no return, but enough to expose her humanness. It's a critical lesson for both Beth and the audience—even genius has its flaws, for genius is still human.

The Queen's Gambit, at its core, is a stark reminder that perfectionism, the refusal to accept any standard short of perfection, is nothing but a black hole of hopeless misery. To chase ideals that are impossible to achieve is to get lost in a positive feedback loop of self-destruction.

For Beth, every match won is a step toward chess mastery, but the taste of victory also satiates her unhealthy obsession with being perfect; to the point where it seems that she will risk everything—her time, her fortune, even her sanity—for it.

The scarier scenarios are when Beth experiences defeat. The fact that she too, despite her brilliance, can still be beaten proves too difficult for her to bear at times.

One could compare Beth's perfectionism to that of Nina Sayers, the troubled ballerina in Black Swan. Like Beth, Nina would not settle for anything less than absolute flawlessness, despite that being a clearly unachievable feat. She also equates her foibles to unworthiness, which is a dangerous line of thought that Beth also maintains.

Though, there does exist a noteworthy difference between the two. Beth eventually works out a life that, while not entirely perfect, is perfect for her. Nina, on the other hand, manages to achieve perfection in every single aspect except for life.

Clinical psychologist Stephen A. Diamond, Ph.D., speaks on the two kinds of perfectionism in his essay, In Praise of Perfectionism:

"Pathological perfectionism is a neurotic denial of life's inherent imperfection, and a vain attempt to fend off chaos, messiness, disease, suffering, anxiety and, finally, death itself," he says.

"Perfectionism, when not taken to neurotic extremes, acknowledges the inexorable reality and primacy of imperfection while at the same time heroically striving toward perfection nonetheless. Non-pathological or positive perfectionism accepts its human limitations and the ultimate impossibility of attaining or sustaining perfection."

Undoubtedly, there is no one more suited to depict Beth's struggle than the brilliant Anya Taylor-Joy. Considering that much of the story is contingent on when Beth is alone—alone in her home, in a stranger's apartment, on a plane, in a crowded place—Taylor-Joy executes those intimate moments with a masterful governance of emotion.

To think that she had to bring to life that delicate energy in a room full of cameras and crew members, then switch to attack mode when placed in front of a chessboard, is just awe-inspiring.

Which brings me to the actual chess—initially, I couldn't fathom how they could possibly make a tabletop sport interesting. But then the game starts and you're instantly hit with a rush of adrenaline. Much of that unexpected electricity surges from the show's sublime editing, led by editor Michelle Tesoro.

Every sequence is captured with meticulous attention to detail. Confident moments are intensified with shots of increased speed of play and relaxed body language. Tense moments are heightened with close-ups of uneasy staredowns between the competitors or hesitant hands on the chess pieces. Heartfelt moments are encapsulated with wide-angle views of spectators cheering our heroine on.

A profound story, a stellar cast, a marvelous visual style, and a renewed interest in a dying art. For a show about the flaws of perfection, The Queen's Gambit is, quite simply, perfect.

"Chess isn't always competitive. Chess can also be beautiful. It was the board I noticed first. It's an entire world of just 64 squares. I feel safe in it. I can control it. I can dominate it. And it's predictable, so if I get hurt, I only have myself to blame."  — Beth Harmon 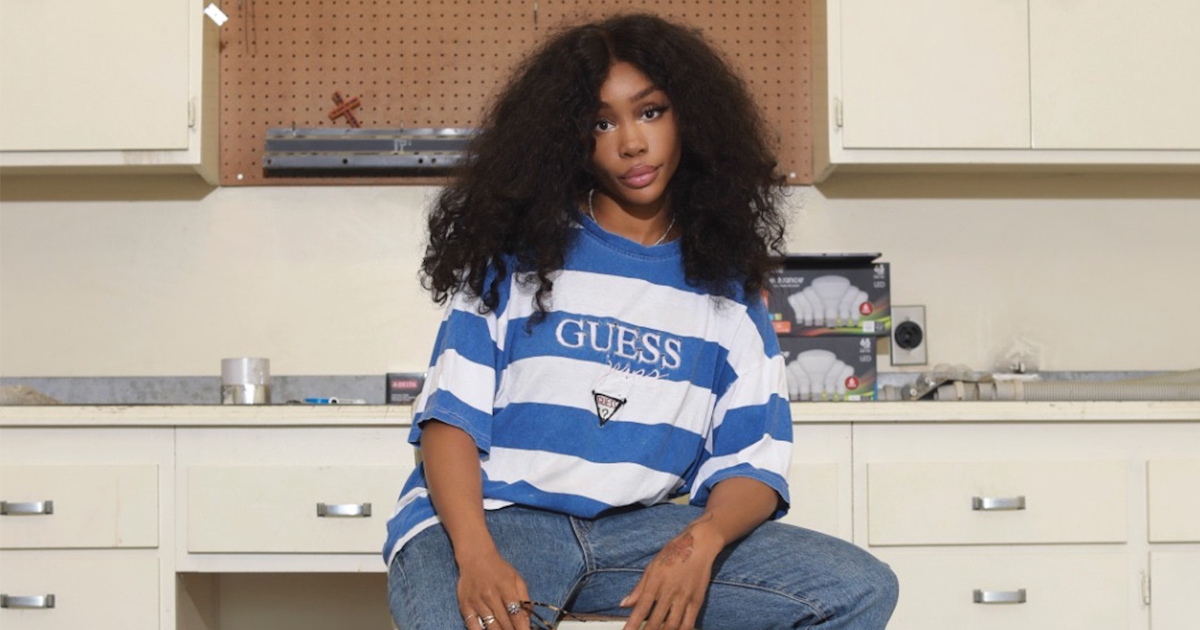 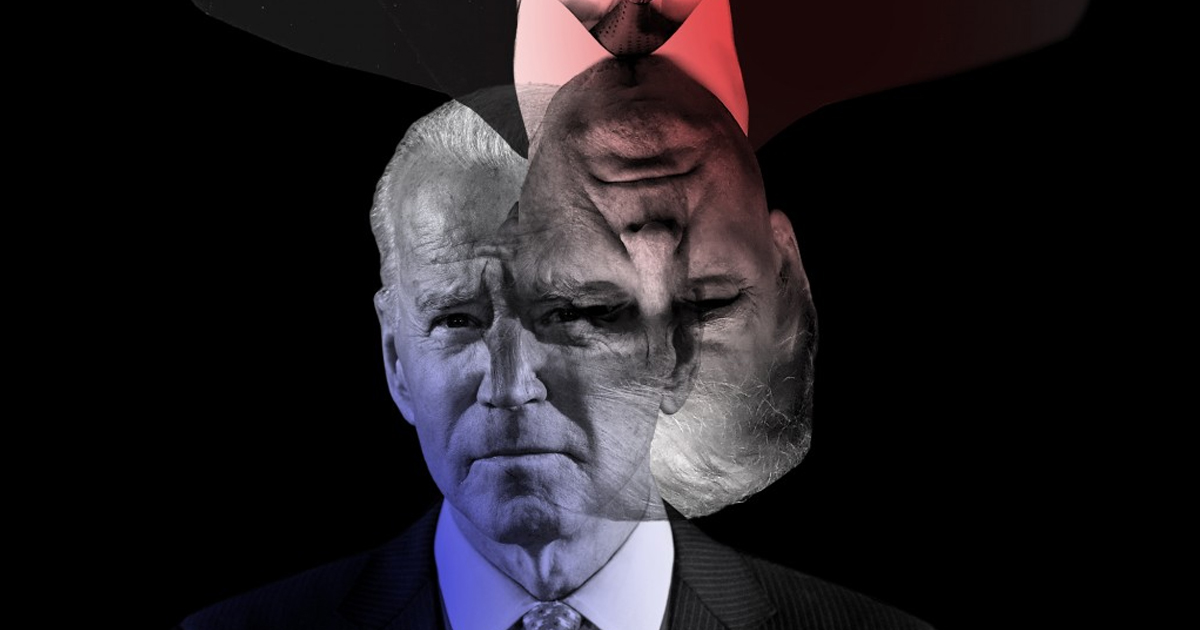 You can take the man out of Scarborough, but you can't take Scarborough out of the man 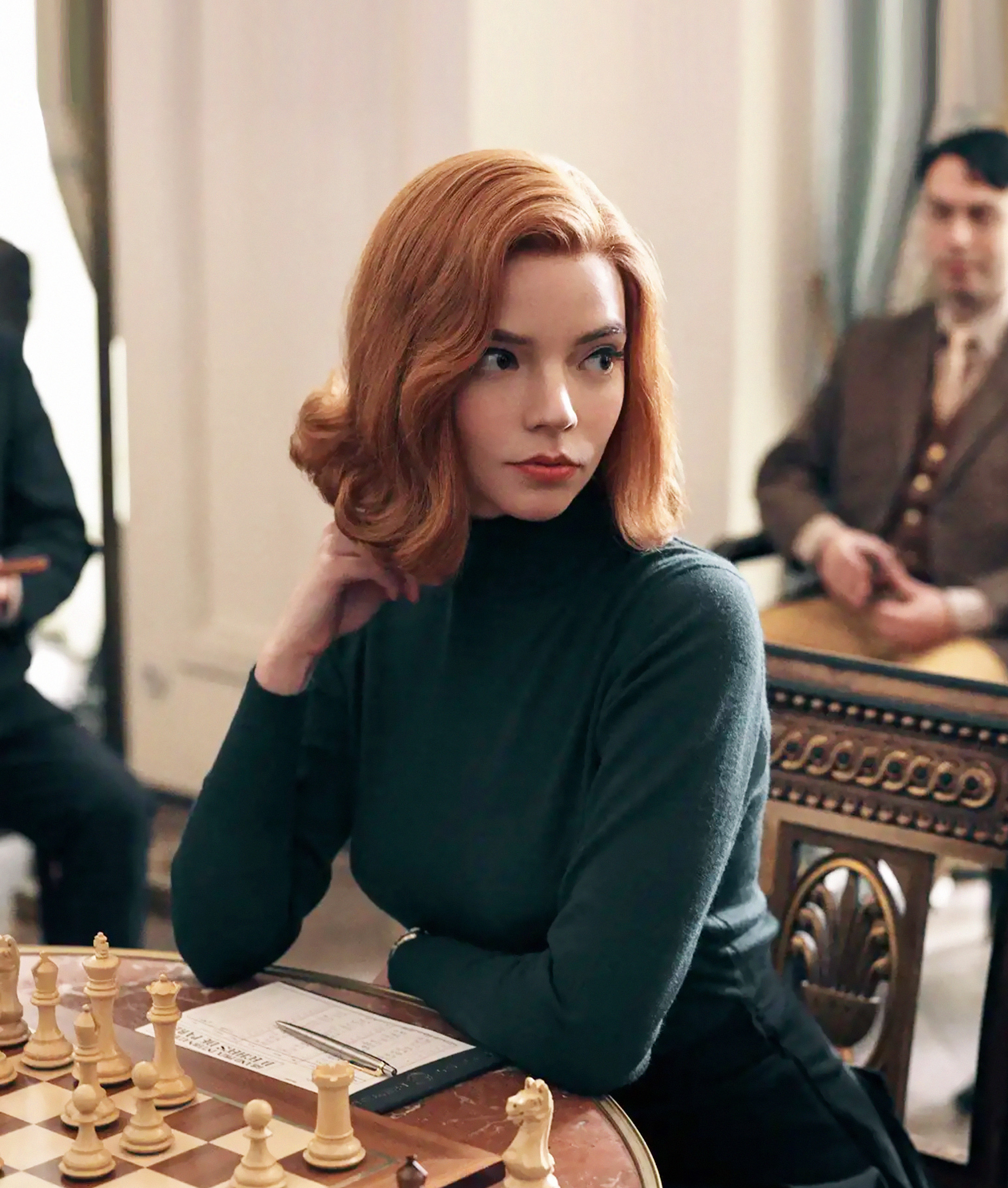